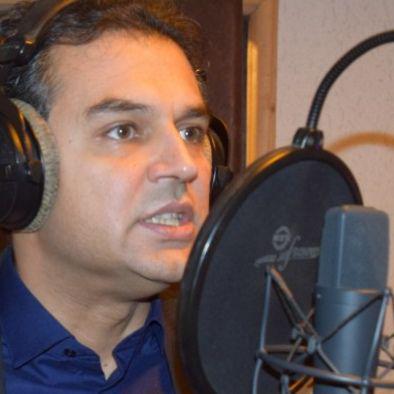 Soheil Ghassemi, a literary critic and Iranian narrator of ancient Persian poetry, is best known for performing the pieces of poetry composed by Hafez Shirazi.

Soheil Ghassemi is a civil engineering graduate from the University of Gilan.

Ghassemi adopted a method of audio performance for classical Persian poems, especially Hafez’s lyrical poems, in which the correct reading of the poems, the tone of expression, the adherence of the pronouns and the attempt to retell the meaning of the poem are all considered. Due to the correct and complete performance of the verses of one Hafez’s most popular collection of readings, divan, Hafez composed an integrated audio dictionary and has been often referenced by many readers.

In describing Hafez’s sonnets line by line, Ghassemi introduces a special and innovative approach known as “Hafez the poet”. In the study of Hafez’s poetry, Ghassemi first arranges the sentences in the standard Persian language used today and examines the elements of the sentence and their relationship with each other. In addition, he examines the space between the words as well as literary arrays. Ghassemi avoids the usual and controversial discussions, disagreements and speculations about the earthly and heavenly interpretation of poems, as well as conversations regarding the praising Hafez. He believes that confiscating such way of thinking is in the interest of a certain way of thinking and ideology, as it may cause Hafez’s poetry to be neglected.

Ghassemi passed the training course of “Speaking and Performing on Radio and Television” at the Faculty of News.

Ghassemi has a web-based viewing of published pieces work. He believes that traditional policies and methods of paper printing and book publishing are ineffective and that multimedia facilities should be used in today’s society. He recommends the method of producing hypertext and multimedia publications as he believes it is the key to solving many problems in the field of book publishing. With that being said, he holds confidence that it may contribute to the development of reading culture.

Ghassemi officially started performing and recording Hafez’s lyrical poems in 2015, and in 2016, with the completion of t recording work, the audio performance of a number of lyrical poems on his website “Ganjoor” was made available to the public free of charge.